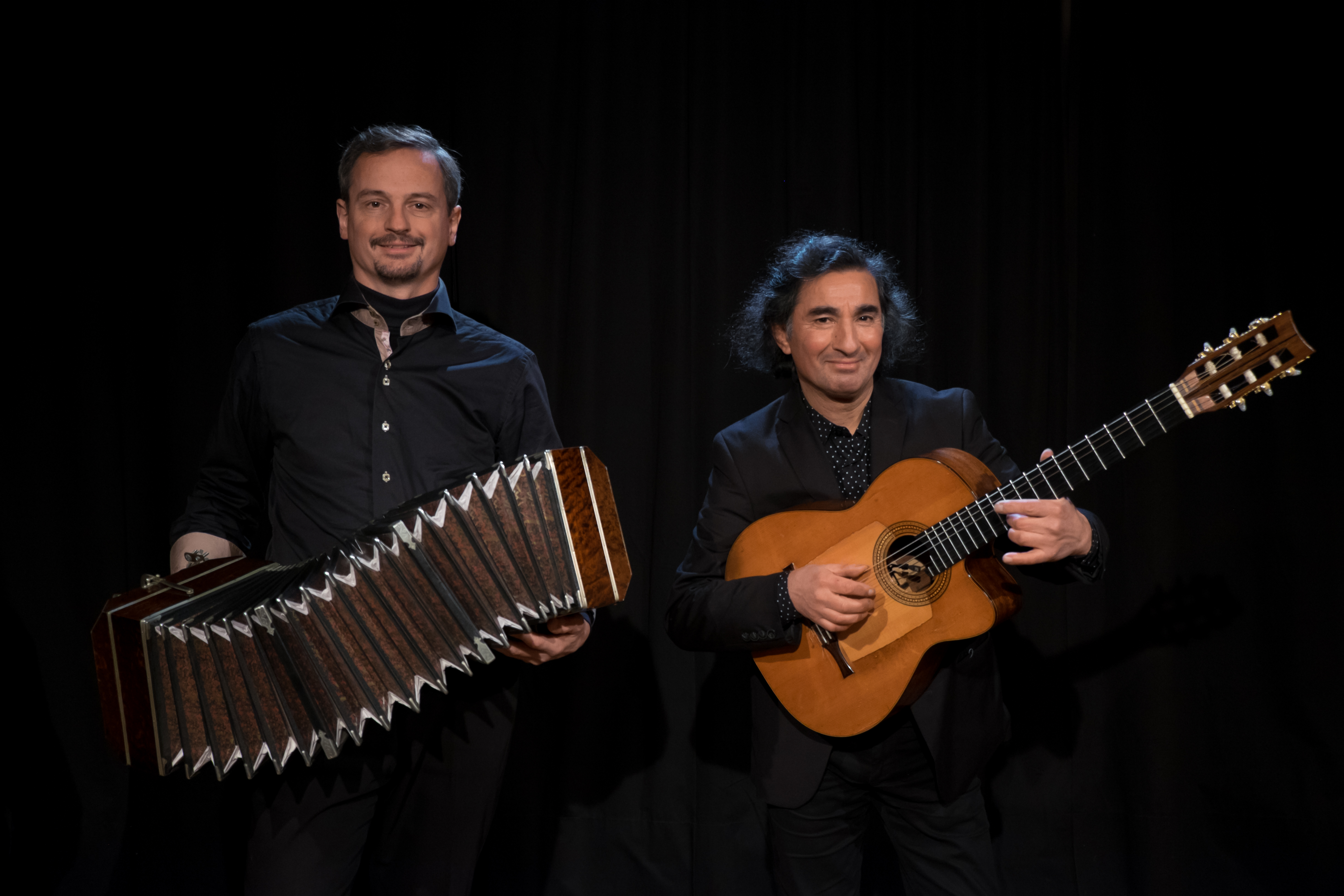 The eventful life story of guitarist Carlos Diaz (*1959 in Rio Gallegos, Argentina) can be heard in his compositions: He comes from Patagonia and therefore has a strong connection with the South American music tradition. But he also grew up with a love for jazz, blues and especially rock. In the eighties he was part of “Proyección Folklórica”. This movement combined Argentine folk music with jazz and modern music.

Carlos Diaz has lived in Germany since 1997. He has participated in numerous projects: “Patagon Patagonia Project” (with Dirk van Esbroeck), “The Birth of Music” (an ethno-classical symphony by Dirk Brossé, “Zapatango” (a tango and jazz quintet) and, since 2013, a duo with Pato Lorente.

For the Belgian Pato Lorente (Patrick Vankeirsbilck), life and music are inextricably linked. He worked with his teacher, the legendary Argentinian bandoneonist Alfredo Marcucci, throughout Europe for 18 years. During his many travels to Buenos Aires and Montevideo, he studied further with Julio Pane and Carlos Pazo.

Pato lives and works in the melting pot of Brussels and focuses with his ensemble “Tango 02” mainly on tango music from the Rio de la Plata region. In addition, he likes to make musical excursions in classical music and jazz on a regular basis. He is active in the Antwerp tango-trip-hop band “El Juntacadáveres” as composoer and bandoneonist and also teaches bandoneon at the Flemish Part-time Art Education

The collaboration between Carlos and Pato rather coincidentally started during an event in Brussels in November 2013. Despite their different musical backgrounds, the two musicians clicked smoothly. In addition to the well-known fixed tango repertoire, they concentrated on re-arrangements of old and recent compositions by Carlos: music that combines jazz, funk and tango. The duo had performances all over Europe and are now releasing their first album with “miLoca” (2021).